Why The First Windows Drive Letter Is Always C? Why Doesn’t It Start With A Or B? 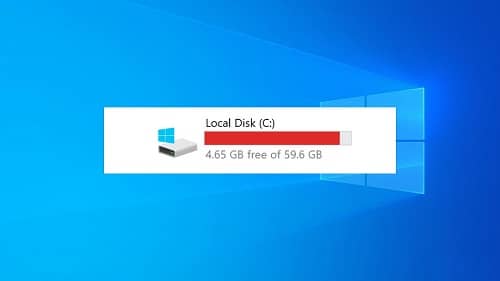 Do you know, why the first windows drive letter is always C or why doesn’t it start with A Or B? If you don’t know, let me explain.

In the case of Windows and many other operating systems, a physical hard drive–used to install OS files and store data–is divided into partitions. In Windows, these partitions can be formatted using file systems like NTFS, FAT32, etc. These partitions are then known as logical drives and they are assigned a drive letter.

As far as my tech knowledge is concerned, it started to sprout in the mid-2000s. My first computer came with Windows and, obviously, or as some sort of a tradition, the first windows drive letter was C. In the beginning, I was told not to put any stuff in the C drive. Later, when a repair guy fixed my desktop, he installed Windows on the D drive. It seemed a bit unusual and it was a dilemma for me, whether I should keep my data on the C drive or not.

It was not the case that the people who assigned the drive letters didn’t know that A and B also existed as an alphabet. It was done to prefer an old technology with is nowhere to be seen now, the floppy disk.

The drive letters are assigned according to a preference scheme for different kinds of media attached to the computer. These letters date back to the time when IBM ruled the PC market. Then, PCs didn’t have a hard drive, sound strange? But you might be aware of the fact that the floppy drives were used as primary storage in earlier computers. So, they were given a special preference while assigning the windows drive letters.

IBM’s VM family member CP/CMS took the help of drive letters to identify minidisks attached to a user session. The file reference (pathname) is comprised of the drive letter, file name, and file letter. For example, A:MYFILE.TXT. The drive letter system was later visible in other operating systems including Microsoft’s MS-DOS and later in Windows.

Earlier, computers had two floppy drives for running programs and storing data. The hardware had support for two floppies. Thus, the preference for them was built into the OS itself. The hard drives came at a later stage and were assigned the letter C. Initially, the physical drives were assigned letters. As they got bigger, the logical volumes came up which are now assigned the drive letter. Starting from C, it makes room for floppy drives to be added at a later stage.

This thing doesn’t have a practical application anymore. But if you connect a floppy drive, it’ll be assigned the letter A and B for the next one. If you don’t have a floppy drive connected to your machine, you use the reserved letters A and B.