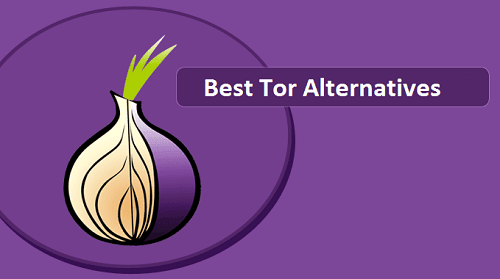 In this post, we want to discuss the best alternatives to Tor Browser to browse anonymously. Before we get started, if you want to know about the best free hacking tools, please go through the following article: Top 10 Best Free Hacking Tools Of 2017 For Windows, Mac OS X, and Linux.

Security of Tor Project, the most popular service to browse the web anonymously, is under suspicion. Tor Project has suffered from a couple of security setbacks in recent times. Back in 2014, judicial agencies and law enforcement agencies all around the globe against the Tor network services. In past, the Tor network has announced that some unknown sources have managed to get information about people who are using these hidden services. You can also use a good VPN service like IPVanish or ExpressVPN to stay anonymous.

Here we are presenting a list of the top 18 best alternatives to tor browser that you can use:

Virtual Private Network (VPNs) is the most advanced tor alternative that empowers users to be anonymous. Features like “Kill-Switch” and “high-grade encryption” makes it the most compelling option as a tor alternative.

Advantages of using a VPN

Disconnect, a privacy extension, is one of the best tor alternatives that is can be used to identify the websites that store your information and discontinue you from them. Some examples are Facebook, Google, and Twitter. The disconnect is available for Windows, Android, and iOS with different pricing and membership packages.

Once you’ve installed and enabled the Disconnect on your browser, you will see the number of tracking requests blocked on each website you visit. Blocked trackers are indicated with green color. The unblocked trackers incoming from websites are displayed with the color gray.

The feature makes it easier to view and understand what number of requests are blocked on each website visit. For a browser extension, it is worthy to be on the list of tor alternatives.

Disconnect might not block all tracking requests. For example, YouTube and Flickr, which won’t work or show broken pages if the tracking requests are blocked. These websites are unblocked by default and are not recommended to intercept.

Third, on the list of tor alternatives is Epic. It is a private browser that is simple and user-friendly; it varies your network speed and provides with complete privacy. Epic blocks the leakage of your IP address by certain WebRTC.

It has an encrypted proxy that hides your data from an internet service provider (ISP). This encrypted proxy also keeps you secure on the public network. Epic displays the data trackers who are tracking you and allows you to block them.

No other extension offers the blocking of fingerprinting scripts and functions (like image canvas data) except Epic. It has built-in protection against tracking scripts, tracking cookies and other third-party widgets, ad networks, and tracking agents.

Firefox Focus is the latest addition to the list of best tor alternatives developed by Mozilla Foundation and Corporation. It is available on platforms like iOS and Android, though Android uses Blink Engine instead of Gecko Engine.

While the aesthetics and graphics of Firefox Focus are generally pleasing. Also, it protects the data from the prying eyes of the surveillance agencies and cyber-criminals. The Software telemetry is also enabled by default which helps Mozilla track usage perimeters; unfortunately, it is disabled on Firefox Klar.

It has introduced a feature to stop ad tracking and blocking social trackers. Enable the option will provide you an uncompromised experience of the internet without slowing your speed and the session being recorded by trackers. Android has some exclusive features, which include the list of a number of ad intrusion blocked on the website you’ve browsed.

Brave Browser is a smaller player and comparatively newer to Tor alternatives, It is an open-source browser based on Chromium developed by Brendan Eich, co-founder of the Mozilla project. It boasts itself as the privacy-focused browser which blocks all website tracking activities while concealing your identity on the Internet.

Not on Windows? No need to fear. This tor alternative is cross-platform compatible and is available as a stable release on Android, Linux, iO, etc. It also blocks all intrusive advertisement tracking requests from websites.

Along with this, there is a rewarding system called “Brave Payment” which rewards publishers in order to compensate for the advertisement blocking. Also, they are partnered with DuckDuckGo, a widely known privacy-focused search engine which enhances your anonymous experience on the Internet.

Yandex is yet another browser that serves as another one of the tor alternatives on the list. It automatically scans the internet for malware and gives you protection from different kinds of malware disregarding the website you visit.

It is also capable of blocking fraudulent websites it protects your passwords, credit card details and makes your online payments safer. Yandex browser blocks third parties from tracking your location and behavior during browsing.

The feature that makes it the best Tor alternative, is anonymity; it hides your real IP address and uses DNSCrypt technology that encrypts the Domain Name System traffic. Yet, this option needs to be enabled from the browser settings.

Psiphon is the seventh contender in the list of tor alternatives. It is simple to utilize, has multi-screening and server switching. It utilizes a few procedures to secure your protection on the web. Psiphon depends on VPN and SSH to furnish its clients with Internet access even in restricted regions.

Psiphon would shield you from your internet provider. It even conceals you from government authorities who are simply sitting tight for you to commit an error. Psiphon even disguises your IP address. This is a free tor alternative. It’s available on Android and iOS as well and provides premium security features.

Peerblock is a commendable answer to square spies from following you down. It is one of the tor alternatives to prevent anyone from tracking you down. It encourages you to control the number of people you connect with on the web.

Whonix will give you the security you’re searching for and furthermore keeps running on Linux. The level of security it provides makes it one of the best tor alternatives. It will cover your IP address when you’re on the web, and it’s made to work inside a VM.

It utilizes a novel system named “Whonix-Workstation” that keeps running on a private framework. Whonix highlights two virtual system interfaces. One of them, interfaces with the Web through NAT that contacts the Tor framework. The rest of the system interface is combined with a virtual LAN.

Globus is another one of those tor alternatives that are known to use VPN servers for keeping your internet activities hidden. Your traffic gets hidden which makes third-party tracker fail in tracking your activities.

Globus browser also gives protection against the malware using the Tor browser. A hacker often uses malware to get into your system. Also, it protects you against all malware. By using the Tor software also helps in unblocking websites. It provides premium online anonymity and security. It’s for the user to select the location of the VPN server. This software is also compatible with many operating systems.

It is a live operating system which is considered as one of the best tor alternatives. Tails can be started on any device using a USB stick or a DVD. It consists of built-in pre-configured apps which allow you to use the web browser, editors for the image, IM client, office suite, and sound.

With this tor alternative, users can surf the internet anonymously and can also bypass censorship. It absolutely finishes any trace on the computer that you used. Using cryptographic tools it’s able to encrypt your files, emails, and even instant messages.

Tox is one of the first Tor alternatives for those who want high security for their conversations with friends. It is a peer-to-peer instant messaging and video-calling protocol that enforces end-to-end encryption.

Tox isn’t a total substitute for Tor, yet it can give informing administrations. It gives private and encoded IM, video conferencing, and calls that are to some degree easy to understand. The main goal of this tor alternative is to provide security of communication that is easily accessible.

Freenet is shared to contradict the oversight like I2P. It stands tall at 13th rank in the list of tor alternatives. Freenet utilizes the same P2P instruments of appropriating information stockpiling to convey and keep the data, however, isolates the arrangement of tenets of the UI and system structure.

It is the leading Tor alternative, use a peer-to-peer platform for censorship-resistant communication and publishing. This alternative uses P2P technology for sending and storing the information, it has separate protocols for user interaction and network structure.

This browser lacks a central server which makes it difficult to hack their system. Lack of a central server gives it an increment in points that could possibly make it one of the best tor alternatives. Before sorting and storing the data, it is encrypted so that it becomes impossible for hackers to exploit it.

L2P is also called the Invisible Internet Project. It is a complete anonymous network in which applications can be used to send messages anonymously and securely. This is a network within a network that provides protection from the tracking of third parties such as ISPs.

It uses end-to-end encryption that makes the communication secure on this network. Messages sent using this network are covered in four layers of encryption. Not only this, even the endpoints are cryptographic identifiers

The major goal of I2P is to prevent attacks from mounting. The most common users of I2P are journalists, oppressed people, whistle-blowers, activists as well as average people who are concerned about their privacy.

The lantern is a product application for a work area that conveys quick, solid, and secure access to blocked sites and applications. This is another addition in the category of best Tor alternatives.

Lantern is new since it utilizes the quickest Geo-improved servers to boost your surfing speed. It gives you a chance to stream HD content immediately.

Lantern gives you continuous access to the open web by using a range of systems to sidestep control and firewalls. Different methodologies are directly accessed if certain gateways are closed.

The designer group at Lantern is always adjusting and overhauling procedures relying upon the blocking condition. Client input is simple to Lantern, with new releases fusing proposals and tending to concerns.

Freeto is the best go-to choice in the market of tor alternatives, specifically for Linux users. It gives hackers an uncomplicated approach to impart easily simply like Tor. It is anything but difficult to utilize and the speediest approach to spare encoded information.

Freepto is an excellent Tor alternative that hides your identity during online browsing. It makes tracking you difficult for the trackers. It provides encryption and software that are capable of providing high security.

Freeto is the best browser for activists who want to skip government surveillance. It’s portable and can be run directly from a USB stick. It automatically encrypts the data stored on the USB disk.

Subgraph OS is designed to combat malware attacks and network vulnerabilities. This Tor alternative has strong attack mitigation that gives protection to the applications and the core operating system.

It includes kernel hardened security which protects against attacks. Subgraph OS also has an application firewall that detects and notifies the user of any unexpected outbound connections by applications.

Subgraph OS was coded using go-lang coding language. It has built-in Tor integration that allows sensitive applications to communicate over the Tor network.

Ipredia OS browser is the best Tor alternative for Linux users as most browsers will not allow you to access the deep web. It is a stable and powerful operating system that encrypts and anonymizes all your network traffic.

It is an anonymizing network that uses a layer that provides security to identity-sensitive applications during communication.