Feature, Uses and Advantages of TUPLE in Python 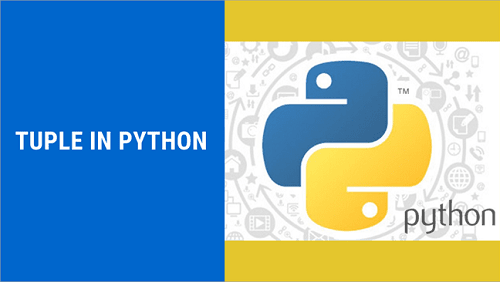 Jump To Right Section Show
1) What is Tuple in Python?
2) Basic Syntax of Tuple in Python
3) Packing and Unpacking
4) Comparing tuples
5) Using tuples as keys in dictionaries
6) Tuples and dictionary
7) Deleting Tuples
8) Slicing of Tuple
9) Here is the Python 2 Code for all the above example
10) Built-in functions with Tuple
11) Advantages of tuple over the list

In this post, you will learn the Feature, Uses, and Advantages of TUPLE in Python. Before we get started, if you want to String Formatting in the python program, please go through the following article: String Formatting In Python.

What is Tuple in Python?

Basic Syntax of Tuple in Python

To write an empty tuple, you need to write as two parentheses containing nothing-

Tuple indices begin at 0, and they can be concatenated, sliced, and so on.

In packing, we place value into a new tuple while in unpacking we extract those values back into variables.

A comparison operator in Python can work with tuples. The comparison starts with the first element of each tuple. If they do not compare to =,< or > then it proceeds to the second element and so on. It starts by comparing the first element from each of the tuples. Let’s study this with an example-

Case1: Comparison starts with the first element of each tuple. In this case 5>1, so the output a is bigger

Case 2: Comparison starts with the first element of each tuple. In this case 5>5 which is inconclusive. So it proceeds to the next element. 6>4, so the output is bigger

Case 3: Comparison starts with the first element of each tuple. In this case 5>6 which is false. So it goes into the else block and prints “b is bigger.”

Using tuples as keys in dictionaries

Since tuples are hashable, and the list is not, we must use a tuple as the key if we need to create a composite key to use in a dictionary.

Example: We would come across a composite key if we need to create a telephone directory that maps, first-name, last-name, pairs of telephone numbers, etc. Assuming that we have declared the variables as last and the first number, we could write a dictionary assignment statement as shown below:

Inside the brackets, the expression is a tuple. We could use tuple assignment in a for loop to navigate this dictionary.

This loop navigates the keys in the directory, which are tuples. It assigns the elements of each tuple to last and first and then prints the name and corresponding telephone number.

Dictionary can return the list of tuples by calling items, where each tuple is a key-value pair.

Tuples are immutable and cannot be deleted. You cannot delete or remove items from a tuple. But deleting tuple entirely is possible by using the keyword

To fetch specific sets of sub-elements from tuple or list, we use this unique function called slicing. Slicing is not only applicable to tuple but also for array and list.

Here is the Python 2 Code for all the above example

Next Recommended Article: How To Use String Formatting In Python