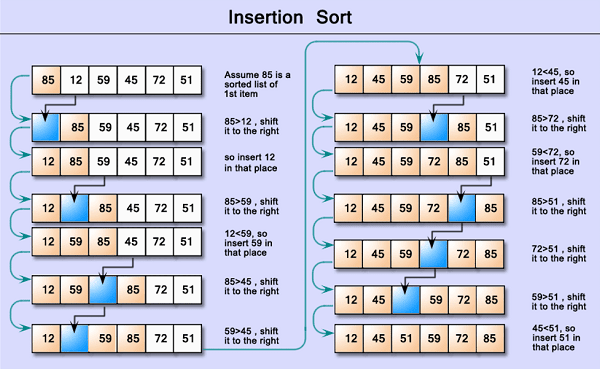 Insertion sort algorithm works similarly as we sort cards in our hand in a card game. We assume that the first card is already sorted then, we select an unsorted card. If the unsorted card is greater than the card in hand, it is placed on the right otherwise, to the left.

In the same way, other unsorted cards are taken and put in the right place. A similar approach is used by insertion sort. Insertion sort is a sorting algorithm that places an unsorted element at its suitable place in each iteration.

How does the Insertion Sort Algorithm work?

Suppose we need to sort the following array.

The insertion sort is used when: