What is Blind SQL injection and how to Prevent?? 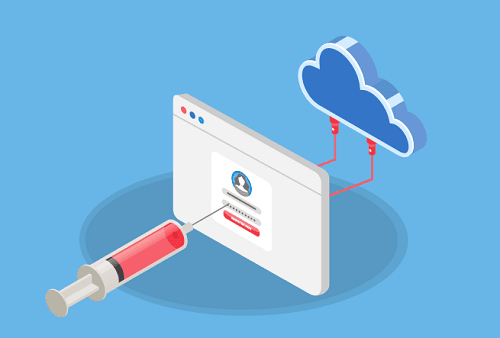 In this post, we want to discuss What is Blind SQL Injection and the Best efficient way to prevent Blind SQL Injection. Before we get started, if you have more interested in hacking and security-related tools, please go through the following article: Top 10 Best Free Hacking Tools Of 2017 For Windows, Mac OS X, and Linux.

For our example, let’s suppose that we have a fake example social networking site – let’s call it mybigspace.com – that has different profiles for people (just like Facebook). Each user on the site mybigspace.com has a unique ID number assigned to them that identifies their profile. And, a query string is used to retrieve each individual’s profile – so in the URL below, the user with an ID of 1008 will be pulled up and displayed on the page.

Let’s say that the user ID of 1008 belongs to a user named “John Doe”. Here is what the URL that’s used to load John Doe’s profile would look like:// this is John Doe’s page: http://www.mybigspace.com?id=1008. Let’s assume that the user ID would be used to retrieve the user’s profile details (like links to pictures, his/her birthday, etc) from a database. So, if a user requests the URL “http://www.mybigspace.com?id=1008″, then that query string would be used to run some SQL on the servers of mybigspace.com.

That SQL could look like this:SELECT * FROM profiles WHERE ID = ’1008′; We are assuming that there is a master table called profiles which store all the different profiles of people who are on the social networking site. But now let’s say that the hacker tries to inject some SQL into the URL query string – so the hacker tries to load this URL in his/her browser:http://www.mybigspace.com?id=1008 AND 1=1

Loading the URL above might result in the server of mybigspace.com running the SQL below. Note that the SQL below contains a simple boolean expression – a “1 = 1″ which will of course always return true because one is always equal to one. That expression is appended to the query string in the URL above. Here is the SQL we discussed:SELECT * FROM profiles WHERE ID = ’1008′ AND 1=1;

We said that loading the URL “http://www.mybigspace.com?id=1008 AND 1=1″ might result in mybigspace.com running the SQL above – the reason we said might is because of the fact that it depends on whether the server would allow the extra characters after 1008 to be injected into the SQL.

If the server does accept that SQL and allows it to be run, then the page that belongs to “John Doe” would be loaded just fine. And, the hacker will know that his SQL injection attack worked, which means that the site mybigspace.com is vulnerable to SQL injection attacks. Of course, if the server does not respond with John Doe’s page when the URL “http://www.mybigspace.com?id=1008 AND 1=1″ is requested, and instead just returns something like a “Page not found”.

Then the hacker knows that a blind SQL injection attack is probably not possible. So, let’s continue with the assumption that the website is vulnerable to blind SQL injection. Now, the hacker can use more sophisticated queries to gather information about the server environment, and he can work his way into getting some potentially sensitive data.

just checks to see if the version of MySQL that is currently running is version 5 (through the “=5″ check), and if it is running version 5 then the page will just load normally because the SQL will run without a problem (this is, of course, assuming that the website is vulnerable to SQL injection and is basically just running the SQL that is part of the query string).

If mybigspace.com’s server is not running MySQL version 5 then the SQL “substring(@@version, 1, 1)=5″ will return false because the check for equality is false. This means that the page will probably not load because the profile will not be retrieved, and so the hacker knows that the version of MySQL being run is not version 5.

How to Prevent Blind SQL Injection:

As we have made pretty clear so far, a blind SQL injection attack can be done even if the display of database error messages is turned off. So, clearly turning off the error message is not enough for prevention purposes. Prepared statements are great for preventing blind SQL injection because the SQL is compiled before any user input is added, which makes it impossible for user input to change and therefore compromises the integrity of the SQL statement.

The hacker can continue on this way, and slowly find out more and more information about the database system under attack. You can also see that blind SQL injection is quite a bit slower than normal SQL injection attacks because of the fact that the hacker has to deal with a database system that does not display error messages.