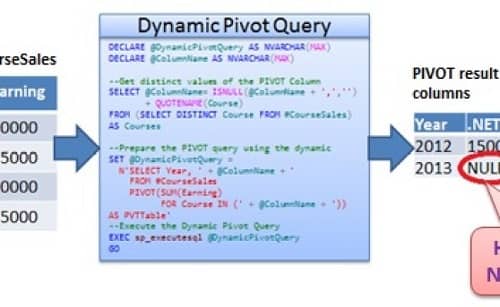 In the Previous Post PIVOT and UNPIVOT in SQL Server explained how PIVOT relational operator can be used to transform column’s distinct values as Columns in the result set by mentioning all the distinct column values in the PIVOT operators PIVOT columns IN clause.

To make the above Static PIVOT query dynamic, basically, we have to remove the hardcoded PIVOT column names specified in the PIVOT operators PIVOT columns IN clause. The below query demonstrates this.