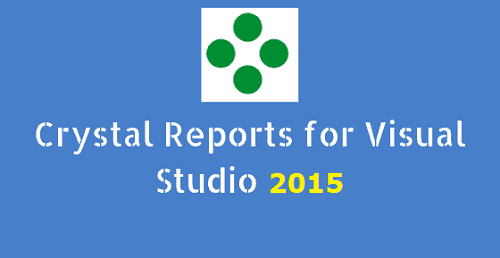 SAP Crystal Reports for visual studio 2015 has released. The initial release was called as developer version for Microsoft Visual Studio – Service Pack 16.  It is also known as CR for VS(CrforVs). Service Pack 16 was released on 1st February 2016.  It contains several bug fixes and enhancements. You can download it from the following link.

Older Version of the Runtime

New in this release (Service Pack 18)

Changes in the Service Pack 15