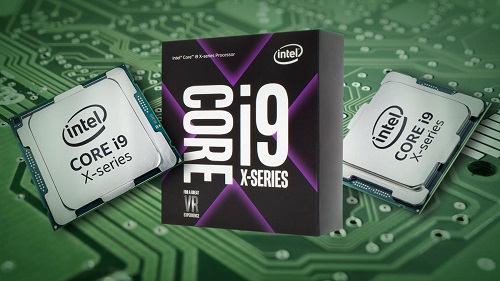 In this article, we discus about Intel Core i9 features and specification. Skylake is the code name for Intel’s sixth-generation range of Core laptop and desktop PC processors. They’ve already been superseded by the seventh-generation CPUs. But Skylake isn’t dead yet. No. Intel has launched Skylake X CPUs, which are the high-end enthusiast versions.

Interestingly, Intel isn’t using the Core i7 branding as it has done in previous years but add a new number: 9. The Core i9 range could be in response to AMD’s Ryzen processors, which were named to seem similar to Intel’s Core i5 and i7 ranges.

Rather than cut profit margins and compete on price, Intel might be trying to position the new chips as ‘better than Ryzen 7’ by using a higher number. AMD, of course, has already announced its Threadripper range, which is expected to be branded Ryzen 9. Intel has trumped AMD’s 32-core flagship chip with the 36-core i9-7980XE monster, but AMD could be keeping a similar chip under wraps for now. Pricing will be key, though, and the $1999 i9-7980XE will hit any wallet hard.

At the chips’ launch at Computex 2017, Intel said the new processors would be on sale “in the coming weeks”. *That applies to the Core i9-7900X downwards. The i9-7920X will go on sale in August, while the top three chips don’t yet have an official release date. Originally, Skylake processors (including the Core i7-6600K and Core i7-6700K) went on sale on 5 August 2015, and the locked-multiplie desktop chips launched at the start of September 2015.

What are the Core i9 models and specifications?

The eagle-eyed will note that there are three Core i7 models in that chart: Skylake-X isn’t just Core i9. (However, the i7-7740X is based around a Kaby Lake Core).  There’s also a single Core i5 model. These cheaper processors are aimed at enthusiasts who want an overclock able processor on a tighter budget. They have 1MB of L2 Cache, which is four times as much as the Core i7-7700K. All Core i9s support quad-channel DDR4-2666 RAM.