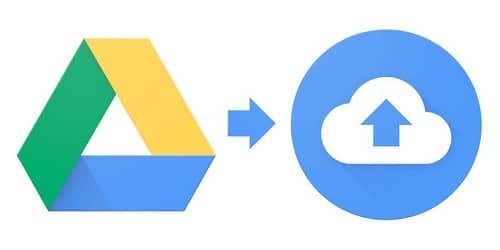 Google Drive has been updated to the new Backup and Sync app for Windows and macOS expands Google’s approach to file storage spanning your PC and phone. Your choices: update now or update later. If you’re among the hundreds of millions of people using Google Drive to synchronize files across your PCs and phones, be warned: you’ve now got three months to install its replacement.

Google announced in July that it’s replacing the Google Drive software for personal computers with Backup and Sync, which does the same thing as Google Drive but slurps in more files. On Thursday, Google detailed its transition plan, saying it’ll stop supporting Drive on Dec. 11 and shut it down completely on March 12, 2018.

The new approach lets Google’s software synchronize files you’ve stored on your desktop or your documents folders and make all your photos part of Google Photos, too.

And it reflects the growing importance of cloud-based services. In bygone days your files were anchored to a single computing device, but with services like Google Backup and Sync, Dropbox, Microsoft OneDrive, and Apple iCloud, your PC or phone is becoming just the tool you happen to be used to edit a photo or write a letter or share a tweet. That’s handy — especially if you lose your laptop or break your phone.

Google announced the date of Drive’s demise in a blog post for IT administrators who offer Google’s G Suite productivity tools to employees. If you’re one of those employees, you may see another Google option coming your way: File Stream. This software lets organizations store files solely in the cloud, “streaming” them to laptops when you’re working on them and otherwise keeping your storage space unencumbered. If you’re not one of those employees, don’t worry about it.

You can install Backup and Sync right now if you want to get the transition out of the way. After all, you’re not going to be able to postpone it forever.