Get started with Google’s Backup and Sync app 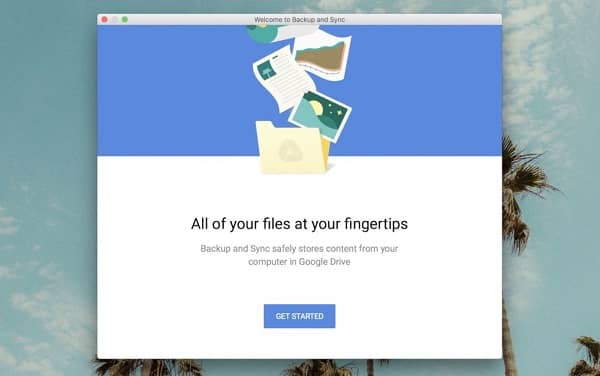 Google’s new Backup and Sync app replace both the company’s Drive and Photos desktop apps for Windows PCs and Macs. You can use the app to back up the contents of your entire computer — or just selected folders.

Set up Backup and Sync

Next, click the OK button and Backup and Sync will start uploading.

Sync can be a two-way street

Backup and Sync not only syncs folders on your computer to Google Drive. It also can sync folders you have in Drive to your computer, so you can access them when you’re offline. You can choose to download and sync your entire, top-level My Drive folder on Google Drive, or you can select specific folders.

After setting up Backup and Sync and completing your initial uploads and downloads, when you return to the app and open Preferences, you’ll see an area labeled Removing items. Here you can choose how Drive reacts when you delete a file on your computer. It’s set up to ask you if you also want to delete it everywhere, meaning from Drive, too, but you can also set it to delete files from Drive without asking first or to keep files there when you delete them from your computer.

The folders you selected for Backup and Sync will show up in a new Computers folder on Google Drive. You’ll see any computers on which you have Backup and Sync running listed in this folder. Click on a computer and then you’ll see your hierarchy of folders that you choose to back up. Google must be constantly monitoring your folders because changes to files show up immediately. When I made a change to a file on my Mac, the synced file on Google Drive already showed the change by the time I clicked over to check.

Not a restore tool

I’ll leave you with a caveat: Backup and Sync is a great tool for keeping safe backups of your important files in the cloud, but it is not a replacement for a restore tool. If your computer crashes, you will not be able to use Backup and Sync to restore your OS.

Keep whatever restore tool you’re using to back up your computer and think of Backup and Sync as a simple, streamlined replacement for Google Drive and Google Photos — you no longer need two separate apps to create cloud backups of your files and photos. And the best part? You no longer need to manually drag files to Google Drive to create those cloud backups. You just point Google to the folders on your computer that you want it to keep an eye on and keep continuously backed up.